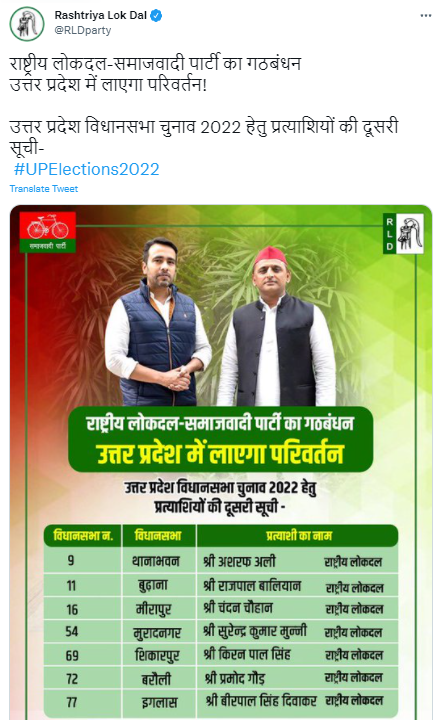 With the latest list, the party has declared candidates on 26 seats in the state.
The BJP on Saturday released its list of 107 candidates for the Uttar Pradesh election. Chief Minister Yogi Adityanath will contest from Gorakhpur Urban.
Elections for the 403-member Uttar Pradesh assembly will be held in seven phases. The polling will be held on February 10, 14, 20, 23, 27, and March 3 and 7.
The counting of votes will take place on March 10.