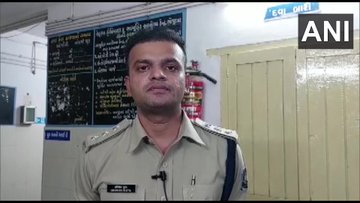 He further said that the accident happened by car.
"The car is owned by a person named Ketan and he has been admitted to the hospital. The car owner has been asked to report. Further information about the accident when will be known after the interrogation," he added.
Further investigation is underway.

Six died after car rams into auto rickshaw and motorbike